Get fresh music recommendations delivered to your inbox every Friday.
We've updated our Terms of Use. You can review the changes here.

LOVE IS THE HERO 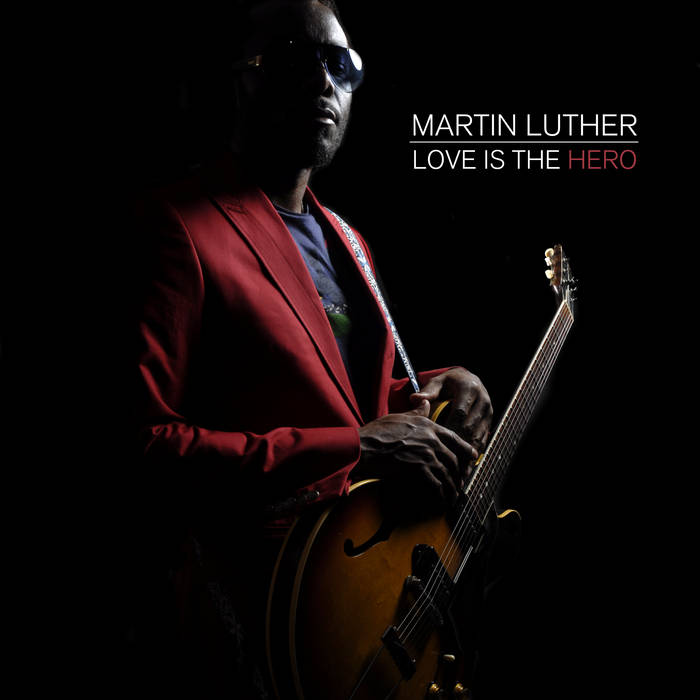 Getting Over the Hump

I found this message in my inbox and I felt it would be the best bio of all... check it out

on a friday where my mind is dreaming of putting pencil to paper all weekend and drawing etc, my bussiness brain is working out how im going to save up to by a new mac to design on, and my logical brain is saying that the weekend is too short and ill get nothing i want to achieve done lol.

so i played my girl "lauren" your album last night, she has heard your stuff from ETB and RSM and for valentines day i made her a mix cd featuring daily bread,

she was about 2 mins into "waiting for you" on her 1st listen and was already singing the hook!!

now she is way way less soulful in her muscial choices, more along the lines of old school rock even to the point of liking some real heavy ish... not my general direction but still i can dig it... and she was blown away.

I dunno if that is a good thing but im happy she likes it, as the music you produce will be the stuff my kids will grow up listening to, like my folks did with Otis, sam & dave the temptations etc.... it must be humbling to know that there are people out there using your craft to fuel and educate the youth about true music..

with out my folks, i would never of made my musical discoveries, ones i hold dear to me, Funkadelic, sly, curtis etc bill withers cant forget bill, all stuff i was never shown but i discovered off the inspiration from youth.

1st time in a long time ive wrote a rambling email... but when i have something in my head sometimes its best out there.

There ain't nothing like the sound of FREEDOM. Love Is The Hero is simply that, a freedom sound (as coined by Ledisi)

I say, if it's authentic and comes from your soul then it's appropriate.

I am honored to release Love Is The Hero and share with you our proud collection of work that hangs around in the ethers in the Rebel Soul offices from San Francisco to New York and beyond. It is my truth. I am thankful to have been able to create such work. I can only ask that you take a listen and if you like or better yet if you love it, then let the title of this work reflect in the decisions that you make in life...especially the ones that affect others around you. Let Love BE the HERO.

Stay tuned Rebel Souls, the deluxe version of LITH is not far away.

MARTIN LUTHER BIOGRAPHY
the artist
Martin Luther McCoy, professionally known as Martin Luther, is an exceptionally talented singer songwriter who is fiercely determined to bring his brand of Rebel soul music to ears thirsting for truth, funk, rock and soul. Martin started writing songs at age six and now his gorgeous tenor voice has captivated the hearts of audiences worldwide with his ubiquitous cover of George Harrison’s Beatles White album classic, ‘While My Guitar Gently Weeps” which appeared on the multi platinum Across the Universe Soundtrack. A truly gifted music visionary whose penchant for fashion, blending of electronic and organic sounds, studying with the masters of hip hop, funk, rock and soul music all combine as ingredients for the making of a rebel soul. ‘’In the church, in the house and the streets, there was always music and all of it moved me…so it was just a matter of time before the melodies in my head and the words in my heart sought their own voice and set me on a mission to create what is authentic to me and add my pinch of beauty to the world.’’

the movement
With respect for his craft, Martin’s music encompasses the rudiments of rock and roll and the many flavors of rhythm and blues while adding the slap and slump of urban r-n-b and hip hop. Couple such an esteemed name with an unparalleled style of musicianship, then mix that with an innate ability to create sheer magic on both a guitar and a microphone and you can begin to understand his anointing.

The multi-talented singer, songwriter, actor, musician and producer has been bubbling throughout the music and entertainment world for years and has already energized music lovers across the globe with collaborations with some of pop and hip hop’s finest. Martin’s last studio album, Rebel Soul Music, which spawned the fledgling hit Daily Bread, received amazing press and critical acclaim. Associated Press & People Magazine honored RSM as their critic’s choice and rated the album 3.5 out of 4 stars. He was also named VH1, “You Outta Know” artist for two separate months. With a video for the single ‘Daily Bread’ making it to VH1 Soul’s top ten, Martin went on to perform and tour with industry heavy-weights like Dave Matthews, Jill Scott and countless others. He has been seen by millions of fans as a featured member of the legendary hip hop band The Roots, which also landed Martin a coveted cameo in Dave Chappelle’s comedic concert film, ‘Block Party’. Martin made his cinematic debut as a lead actor in the Sony Pictures release “Across the Universe (2007),” directed by Julie Taymor. The popularity of the film and Martin’s contributions to the soundtrack continue to find new audiences. “I was raised to appreciate all walks of life and disciplines of art. When all the science and religious or political doctrines have passed, art will remain.”


the beginning
Born and raised in San Francisco, CA., Luther can recall many childhood years visiting the great state of Texas where his parents were born and raised. Although a summer child who bathed in the sweet soul music of the seventies, Luther found himself a Bill Withers and Sam Cooke fan who also cherished singing Stevie Wonder records with his older sister Jacqueline before being properly introduced to the electrifying perennial funk mob, Parliament Funkadelic. “My older brother Harold Jr. turned me on to P-Funk and made sure I could equally appreciate The Eagles as much as Rick James and by doing so, directed my course into the funky field of music.”

the calling
Being a student of the business of music from an early age, tackling the challenges of learning to produce and play guitar whilst other peers turned to making beats and rapping, helped Luther create an extension to his own voice and further allowed him to create his own musical path. “Writing words and melodies came quite naturally to me but translating them to music was a problem until I picked up a guitar. There are other forms of music that the guitar is exemplary in, but when it comes down to blues and rock and roll, no other sound can twist your spine like a dirty guitar line.”
Leaning more towards the arts and less towards the tenants of the streets of San Francisco, Martin Luther seized an opportunity for higher education and earned a Mass Media Arts degree from Morehouse College in Atlanta, Ga. In 1999 He co-founded his own imprint label Rebel Soul Records and released his first underground classic, The Calling. In September 2011, Martin audaciously debuted Extra Terrestrial Brother by Martian Luther, a mix tape of his original material that, without any announcement or promotion, earned him additional critical acclaim amongst the bloggersphere as this record was only made available on his own website. “This project is an intimate love letter from an artist to his fans, one made that much more generous by its name your own price Bandcamp pricing. Recorded while on the road with a collective of similar musical nomads in between hotel rooms and at friend’s studios, the album is a healing antidote.” Soultracks.com

the future
Martin is now ready to release his next body of work, the mysterious and highly anticipated 3rd studio lp aptly entitled “Love Is The Hero”. Recorded in Atlanta, Ga. as well as in the San Francisco Bay Area, featuring talented musicians from across the nation and produced by Luther and his longtime collaborator Pascael Arceneaux, this record is passionately written and performed with intensity and love for his craft. Co-written and performed by a collection of Martin’s highly skilled musical army he dubs the “Martillary’’, Martin finds more time for his guitar work on the crowd pleasing robotic funk anthem “Waiting For You’’. Foregoing the current trend of oversaturated synthetic pop, this body of work returns to live recorded performances and is dense with lyricism, melody and enough vigor to will the hearts of men to greater things as is evidenced in the stadium ready “Count Your Blessings”. Soundscapes coalesce, ebb and crash into castles of innocent joy on songs like “Precious” while the spirit of the gospel church anoints a celebration of commitment on “Undefeated Love”. “Everyone here knows love is the hero” Luther screams on the vamp of “Killer Machines”. “Somebody Superstar” is a galvanizing moment for a ghetto nation that is clearly in need of an economic and social panacea as Luther reminds, you are somebody’s superstar. “This music is here to remind us of our greatness, our storied past and that we have the power to create any type of future for ourselves. Listening to it makes me feel colossal.” To many music lovers, rhythm and blues is a lost art form so in hearing such a heart wrenching cry for the affection of a spurned lover on the sentimentally sexy “Everything is U’’, Martin defies the current trend of uber machismo attitude and reveals himself as vulnerable and more importantly, as human if not super human. Love Is The Hero! Appropriately titled for the times, Martin Luther bravely and authentically shares his compassion for humanity and lays out his vision towards building a brighter future for all. Releasing his music directly to his fans first seems to be the method that works so music lovers worldwide should tune into the overwhelming frequency of love that is Martin Luther McCoy. martinluthermccoy.bandcamp.com Rebel Soul Records™, LLC 2012